In its 300-year history, Thanh Tien Paper Flower Making Village is one of the attractive traditional craft villages in the former imperial city of Hue.

The village products have been exhibited at Hue festivals, Ao Dai festivals and cultural events, as well as exported to many countries.

Handicrafts were practiced as part of the cult of the ancestors of the Hue people. As the climate of Hue city is hot and sunny in the dry season and wet and rainy in the rainy season, it is not difficult to get a long life for the fresh flowers on the ancestor altar.

Therefore, the villagers of Thanh Tien made paper flowers as an offering to their ancestors and gods. Nowadays, their products have become decorative objects for the inhabitants, especially on the occasion of the Tet festival (lunar new year).

Phan Thi Thanh Workshop is one of the oldest shops in Thanh Tien village. Nearly 60, Thanh said only 10 households in the village still practice the crafts, three of which provide instructions on how to make paper flowers. According to her, all the stages of making paper flowers are done manually. First, the villagers must carefully select the bamboo, dry it, chop it and slice it in order to make the pedicles and branches of the flowers. Then they dye the paper to make petals, using natural colors extracted from local plants and without any chemicals.

The flowers are planted in a stump of straw and will then accompany street vendors to all corners of Hue city. 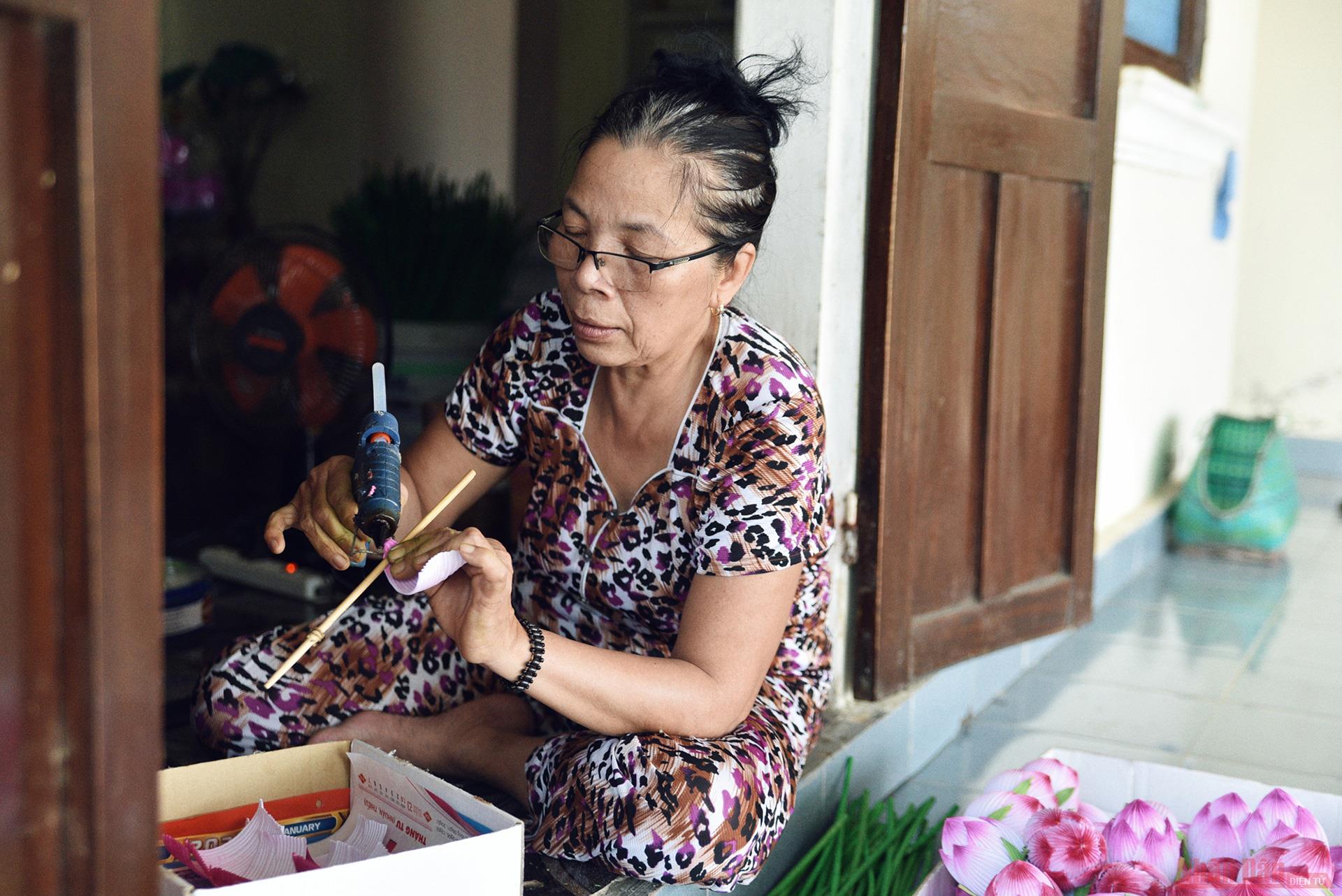 Since the work requires a lot of time, thoroughness and skill, a seasoned craftsman can only make 15-20 paper flowers per day. 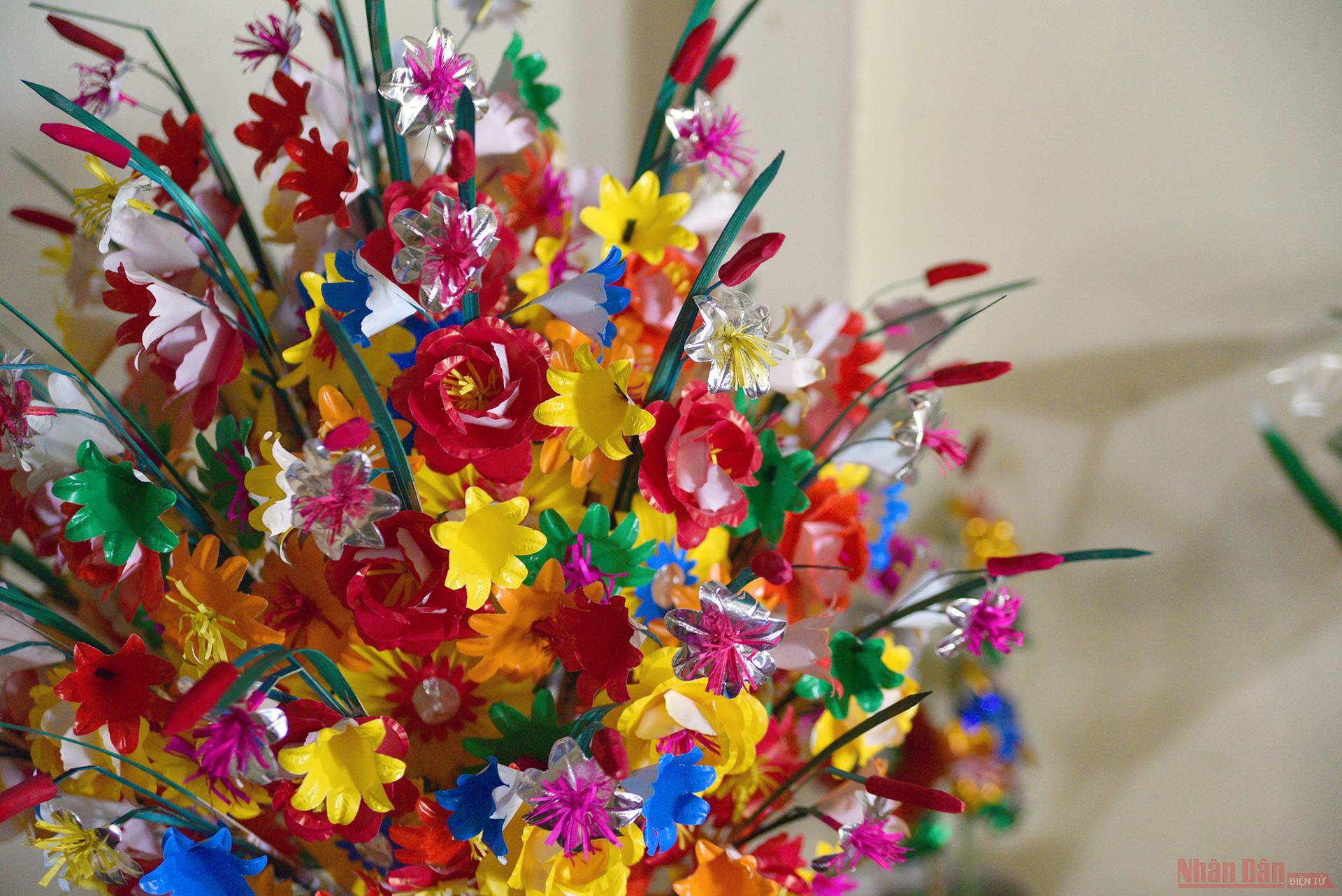 The price of paper flowers ranges from 5,000 VND for a pair of single flowers such as rose, daisy and orchid to 20,000 VND for a lotus.

The most complicated paper flower for Thanh Tien craftsman skills is the lotus. Only three in ten households in the village can make paper lotus flowers, including those in Phan Thi Thanh. 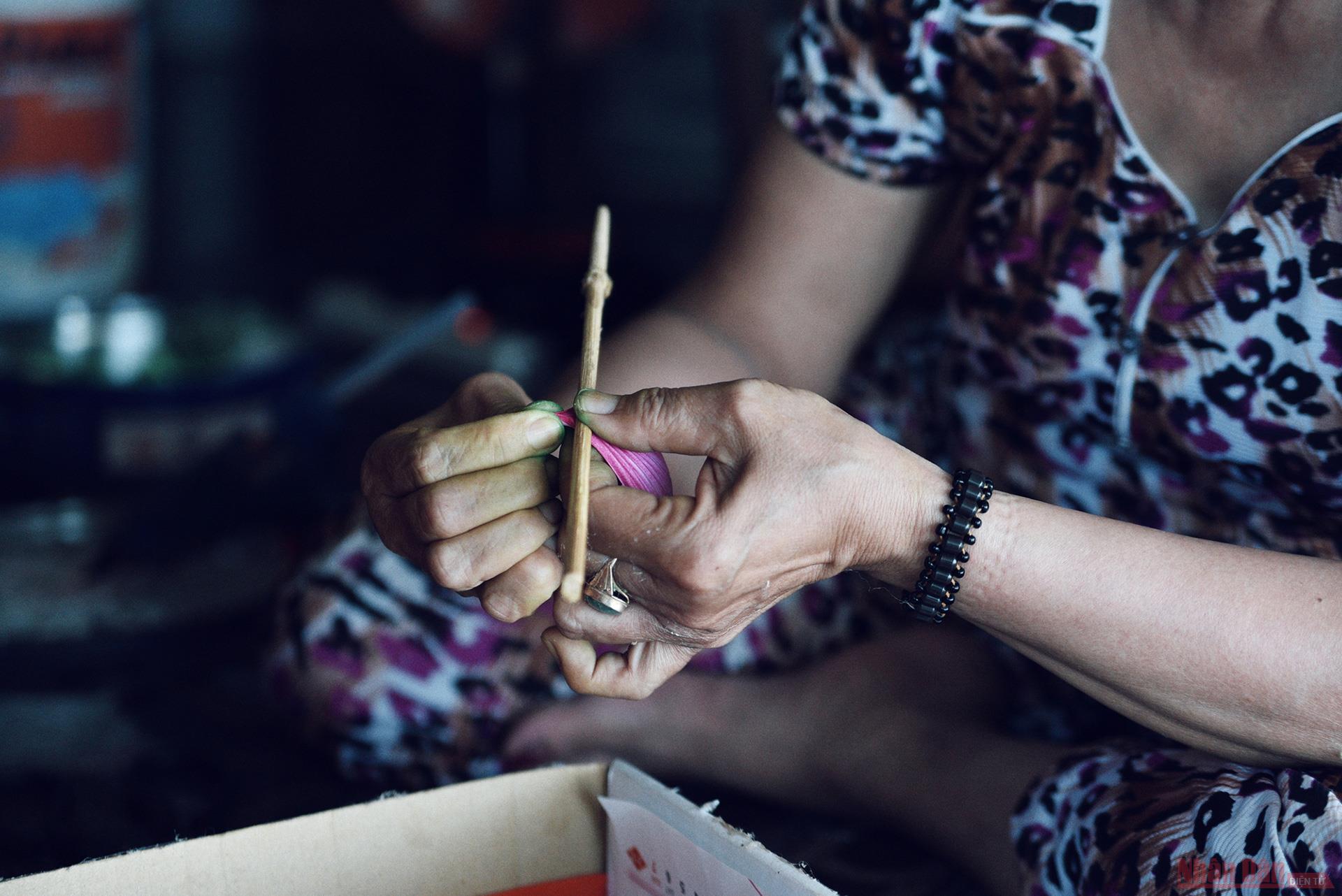 According to Thanh, the most difficult steps are creating veins for the petals and putting the petals together. 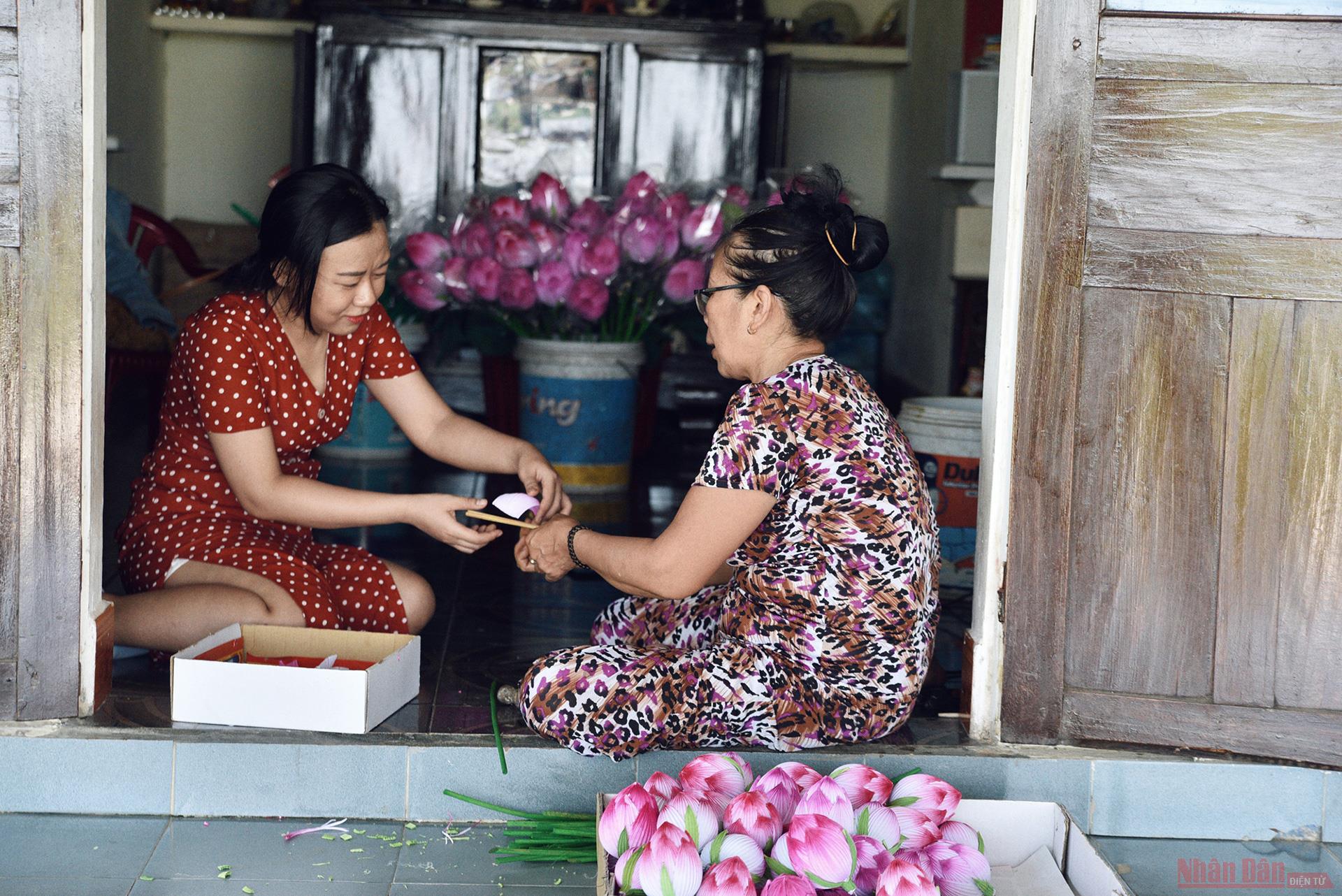 A tourist tries her hand at making paper flowers in Thanh’s workshop.

The flower changes the lives of businesswomen in Balkh province